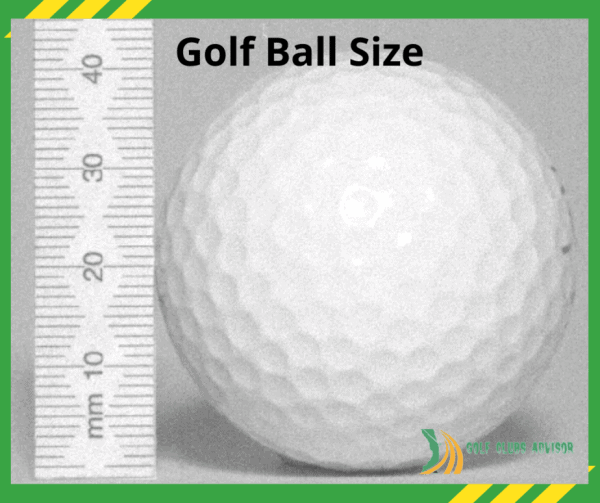 Sometimes it happens the golf ball does not fit a golf hole. And sometimes the gold hole is big enough that you will never miss it. So, you might be thinking about what size is the golf ball? The size of the golf ball and hole are regulated by USGA and R&A.

USGA stands for United States Golf Association, whereas R&A takes its name from The Royal and Ancient Golf Club of St Andrews. To simplify things, I have made this guide to explain everything related to the golf ball’s size.

The Standard Size Of A Golf Ball

Before the nineteen-eighties, an official ball’s size could not be smaller than 1.62 inches in diameter. In centimeters, this figure becomes 4.258cm, and in millimeters, it becomes 42.68 mm.

However, in today’s golf, a golf ball’s standard size is set by USGA and R&A, and it is 1.68 inches. This size is considered a legal size to sell in golf shops and to play in a tournament.

However, it is quite impossible to tell the difference between 1.62 and 1.68 by simply holding these in a bare-hand.

Before the nineteen eighties, there were no standardized rules on the size of a golf ball. It took until 1990 for the R&A and the USGA to agree on a golf ball’s standard size for all players. The rules of golf are standardized and governed by the USGA and R&A jointly around the globe.

The R&A and USGA undertook a complete rewrite with the aim to simplify the rules in 2017. In January 2019, the new rule book came into effect. As per these rules, the restrictions of Golf ball size are as follows.

British Open When, The Golf Ball Rules, Were Not Settled

The British Open is one of the most celebrated and famous major championships when it comes to golf. It has one hundred and fifty years of history. Hence, it is generally believed that the British Open Championship is the oldest golf tournament.

In the 1980s, when USGA and R&A had not finalized the golf ball size, the players were allowed to use a smaller golf ball. Hence, the Americans were also entitled to play with this ball at the Open Championship.

Interestingly the greats like Jack Nicklaus and Arnold Palmer jumped at the chance to play with a smaller ball. The players referred to this ball as the “British ball” or “small ball.” Tom Watson had won the British Open three times in the 80s. And no one knows which size of the golf ball he played with.

Golf ball manufacturers use the terms two-piece, three-piece, and multi-layer as marketing terminology. As a consumer or player, it is essential to know about these terminologies because these can change your game significantly.

The two-piece golf ball is made up of two pieces, exactly as the name suggests. It has a shell and a small core inside it. These balls are sturdy, swing less, and fly straighter. These balls are designed for beginner golfer or a higher handicap looking for distance as opposed to feeling.

The two-piece ball does not have the best feel on the greens, and therefore, the professional players do not like to play with these balls. In economic terms, a two-piece ball is the cheapest option in all types of golf balls.

If you are a mid-handicap golf player looking for a distance and do not want to feel a ball like a rock, the three-piece ball can be the best option. However, a three-piece ball costs more than a two-piece but its performance worth the difference.

These are the expensive and fancy Golf Balls. It features a thin outer layer, which is generally made of urethane. This material is soft and offers ample short-game spin. The middle layer that is between exterior and core offers more control and spin on well-struck-iron shots. The professional players use these balls to play with.

A Golf Ball And A Ping Pong Ball

A ping pong ball is used in Table Tennis, which is a sport in which two or four players standing on either side of the table hit the ping pong ball. They hit this ball back and forth across the table with the help of small rackets to score against each other.

It means a ping pong ball is only 6.28 % smaller than the average golf ball. This difference was close to 11% until a couple of decades before. When the ping pong ball was invented by J. Jacques, it was made at a size of 38mm.

38 mm was considered standard size until the Table Tennis regulatory authorities changed it to 40 m in 2000.

What Is The Average Size Of A Golf Ball?

Golf balls previously came in different sizes. However, with the intervention of USGA and R&A, specific rules are made about golf ball sizes. An official golf ball cannot have a diameter of fewer than 1.68 inches.

Previously the set rule was ‘a Golf ball should not less than 1.62 inches’. The difference is so nominal, but now, the manufacturer cannot make a ball less than a decided size, i.e., 1.68 inches. This figure becomes 42.68 and 4.268 in millimeters and centimeters, respectively.

The ball with the prescribed diameter will have a circumference of 5.28 inches. Moreover, the uniform height and width of the Golf ball are 43 mmm on average.  If a manufacturer produces a smaller than prescribed size of the golf ball, his action will be considered illegal.

When Did The Golf Ball Size Change?

When we talk about specific to the US, the golf ball size used in the competition did not change. The USGA is the country’s governing body for a long and has been using a golf ball with a diameter of 1.68 inches.

However, things are different outside the US. In Europe, the British Open Championship had allowed players to use a smaller sized golf ball. This championship is the most revered and the oldest golf tournament in the world.

The USGA had not allowed using golf balls other than 1.68 inches in diameter. But when the American players participated in the British Open Championship, they had an option to choose either ball, i.e., 1.68 inches or a 1.62 inches ball.

What Is The Size Of Golf Ball Dimples?

Dimples just look like an aesthetic choice. However, they serve a higher purpose. These dimples are considered an essential part of the golf ball. And the professional player counts it while theorizing the performance of the ball.

The dimples cannot only affect the ball’s life but also drag its faces when it is hit and is in the air. Generally speaking, no limitation is implemented on the depth or size of a golf ball’s dimples by any governing body.

This is why dimples are not similar to different golf balls. The size, number, and depth of dimples on a golf ball vary from maker to maker. However, the maker is mostly sticking to 0.01 inches as the average standard size of the dimple.

How Much Does A Golf Ball Weigh?

The weight of a golf ball is regulated. For official competitions and tournaments, a golf ball should weigh 46 grams. For casual games, the ball can weigh less than this specified figure.

The weight of 45.93 grams or 1.62 ounces is generally considered the ideal weight in the golf community. Golf balls that are lighter or heavier than the prescribed figure can obviously lose their efficiency.

Normally, you can find golf balls that do not have exactly the same weight or do not have acceptable weight. However, no golf ball can exceed the maximum set weight.

How To Choose The Best Golf Ball?

Gold balls come in different sizes and varieties too. Balls do not only vary in terms of compression but also in firmness levels. There are so many varieties of golf balls in the market but be associated with one of the three categories.

Three categories are 2 Piece, 3 Piece, And Multi-Layer Golf Ball. You do not always need a golf ball that meets a competition’s guidelines. You can choose it according to your experience level. For example, if you are a beginner, you should play with a two-piece golf ball.

And if you are on the middle level, a three-piece golf ball can be the best match. And finally, if you are a professional player, then, of course, a multi-layer golf ball should be the choice. The latter ball is the most expensive option out of the three.

What Do The Numbers Mean On Golf Balls?

All golf balls have some number printed on them. How long the series is or which number is printed depends upon the maker of the golf ball. Moreover, these numbers are generally single digits, i.e., from 0 to 9.

However, now makers enable the players to get customized golf balls with custom two-digit numbers. So, you may ask what these numbers mean. These numbers mean nothing, but they serve a purpose.

These numbers are used for identification. Consider a situation where you are your opponent are using golf balls from the same manufacturer. Here, number fulfills the purpose, and that is to differentiate your golf ball from your opponent’s golf ball.

What Is The Liquid Inside Of A Golf Ball?

Some of the golf balls feature a liquid core inside. However, liquid cores were very common some time ago in three-piece golf balls. But they are not less common. This is because of the adoption of the latest and current designs, and these are able to perform well.

The specialty of liquid core golf balls is they travel farther and can also swing more than the balls without liquid inside. Contrary to the controversial beliefs, the liquid inside is not toxic and dangerous at all.

However, what is it exactly, varies from maker to maker. For example, Titleist normally uses a blend of corn saltwater and syrup for liquid cores in their golf balls.

Luckily, golf ball size is not a concern at all with all the things that players need to worry about in golf. There is no specific way to buy a golf ball from a large warehouse store or a local golf shop. The reason is the USGA and R&A have jointly set its diameter to 1.68 inches. 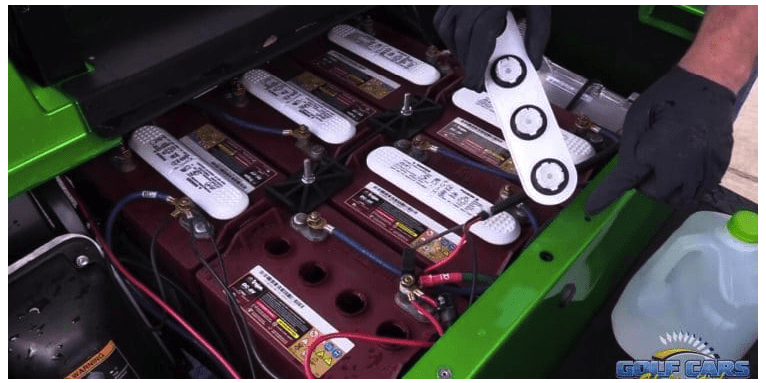 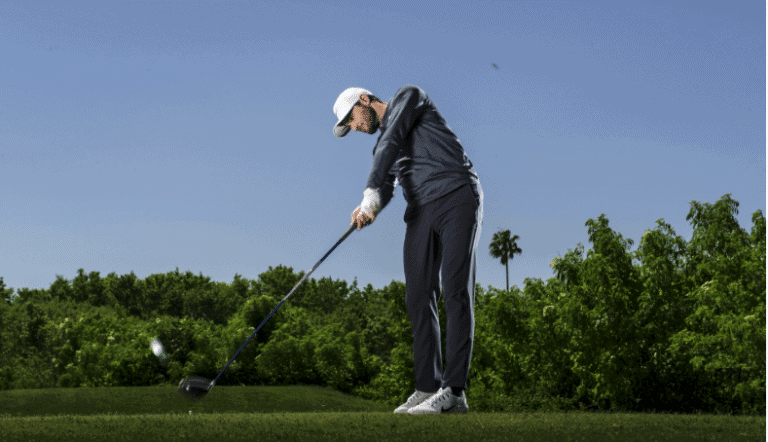 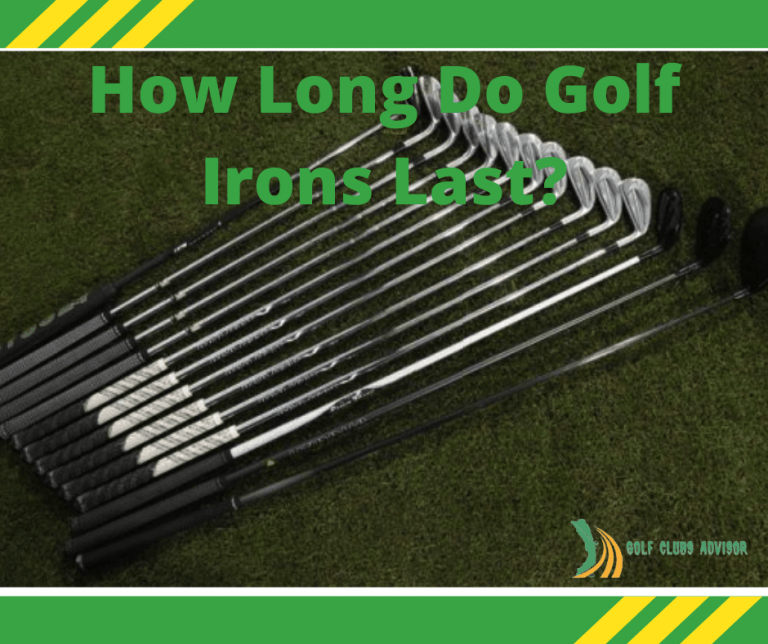 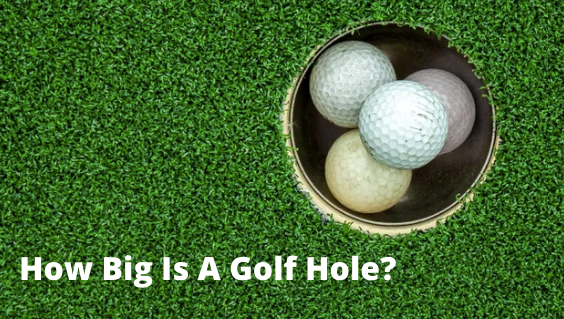 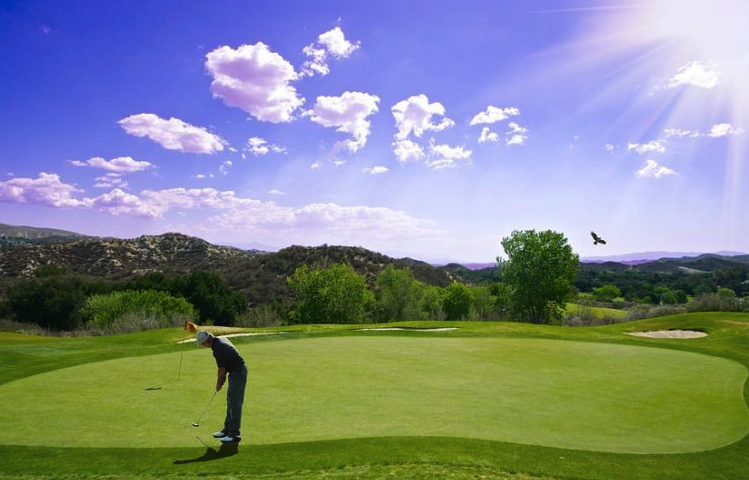 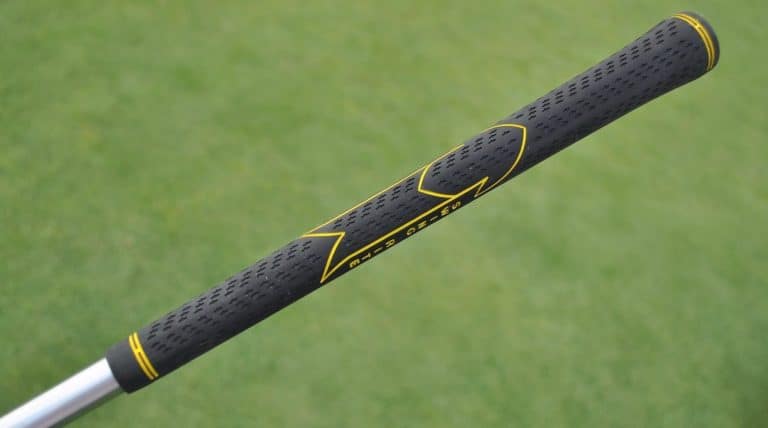